Where can I park my RV during a road trip? During your RV trip, you will spend a lot of time on the road. However, you will sometimes need to park in order to sleep, eat or have a break. You may also choose to stay at one place for several days and park your car in order to visit a city walking. Parking a recreational vehicle can be tricky at some point. Depending on the country and the areas you are traveling to, you will have to follow different rules. Here is how it works!

Where do you want to park your RV?

The first thing you need to know is where do you want to park your RV? Are you planning to park in the busy streets of a big city or in a proper camping spot? Of course, the difficulties won’t be the same in those two situations. It will also depend on what type of recreational vehicle you will drive during your trip.

How do I park my RV in cities?

Let’s be honest: cities are not the easiest place to park your recreational vehicle. If you are planning your road trip during busy seasons, you will need a lot of patience. But it is possible ! More and more cities arrange parking spots for motorhomes where you will find a spot more easily.

If you want to park on public roads, you are allowed to just like any other motorized vehicles. However, depending on the country and the city, you might not be able to stay several days at the same place or sleep in your RV. You should definitely ask for information when arriving in the city.

No matter where you are, be careful to park correctly without obstructing the visibility or covering up signs. You must leave enough space on the road for the cars to drive properly and on the pavement for pedestrians to walk.

Parking your RV in a campingsite

If you want to make sure you will find a spot to park your recreational vehicle, you may want to book a spot in a campingsite. By doing so, you will be sure to have a place to sleep at night. Moreover, depending on the campground, you may have access to water, showers, electricity, etc.

Of course, this solution is not free but it is a good option to refill your stock from time to time. You can benefit from the campsite’s electricity to recharge your batteries. Moreover, a campingsite is great to meet other vanlifers. You will be able to live in community during your stay.

Usually, the parking spots in a campingsite are flat and easy to access. Parking will be easier than in the streets. Depending on the type of recreational vehicle you have, we advise you to place a couple of jacks at the rear under the frame to be more stable. Can I park my RV in nature?

That is THE question! When we think of vanlife, we imagine living in nature, waking up surrounded by trees and butterflies. Depending on the countries you are visiting, it can be done. However, in some countries, you are not allowed to do wilderness camping.

Australia is usually seen as a paradise for vanlifers. You can see on social media a lot of people doing wild camping in this country. Therefore, it might seem surprising but in Australia, wild camping is not officially allowed. With that being said, it is widely tolerated.

In order to avoid issues with locals, make sure to not camp on places where you can see a “no camping” sign. Try to avoid camping in the cities streets, on the roadside and, of course, on private areas.

We have some good news for you! Wild camping is totally and officially allowed in New Zealand. You can park your car and sleep in any parking spot. Make sure to not interfere with the locals life and park correctly.

You may also want to pay attention to some places. Even if wild camping is allowed, some spots are protected. In that case, you will find a “no camping” sign to inform you.

In the United States as well as in Canada, wild camping is allowed. You can park your recreational vehicle in US national forests and grasslands and on the Canadian territory. Like in New Zealand, you will have to pay attention to some places marked with a “no camping” sign. Indeed, there are some protected places or reservations to take into consideration.

In Europe, wild camping becomes harder. Every country has its own rules but generally it is not as tolerated as in other continents. For example, in France or in the Netherlands, wild camping is forbidden.

More rurals places like Scotland are more tolerant about wild camping. If you stay in the countryside and if you don’t install a big camping spot, you should be fine. However, we advise you to ask for information to the local authorities.

Since wild camp is not always officially and entirely established, you should adopt some habits in order to avoid difficulties and conflicts. The first thing is to arrive late and leave pretty early so that you don’t interfere with locals.

To wild camp, your master word should be “respect”. Respect the place, nature, animals and people. Do not spread your stuff everywhere and try to be as discreet as possible. If necessary, ask for permission before settling down. Of course, don’t forget to clean up before leaving.

Finally, be sure not to spread out too much. If you want to do wild camping and don’t know if it is really allowed, at least try to stay discreet. If you are pitching 5 big tents, lighting a campfire and playing some music, it will probably get you into trouble. Otherwise, if you are sleeping in your recreational vehicle and do not bother anyone, you should be fine. Our advice to find the best RV insurance

A RV insurance is essential if you want to have a safe trip. Make sure to choose it carefully. 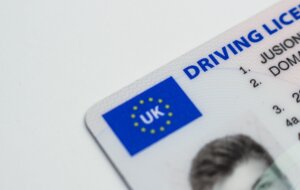 Which driving licence do you need to drive a RV?

You are planning to go on a road trip around the world? Make sure to have the right driving licence for each country. How to choose your RV?

You are dreaming about going on a road trip with your loved ones? You need to find the perfect RV in order to enjoy this experience.

We use cookies on our website to give you the most relevant experience by remembering your preferences and repeat visits. By clicking “Accept”, you consent to the use of ALL the cookies.
Do not sell my personal information.
Cookies settingsACCEPT
Manage consent

This website uses cookies to improve your experience while you navigate through the website. Out of these, the cookies that are categorized as necessary are stored on your browser as they are essential for the working of basic functionalities of the website. We also use third-party cookies that help us analyze and understand how you use this website. These cookies will be stored in your browser only with your consent. You also have the option to opt-out of these cookies. But opting out of some of these cookies may affect your browsing experience.
Necessary Always Enabled

Any cookies that may not be particularly necessary for the website to function and is used specifically to collect user personal data via analytics, ads, other embedded contents are termed as non-necessary cookies. It is mandatory to procure user consent prior to running these cookies on your website.